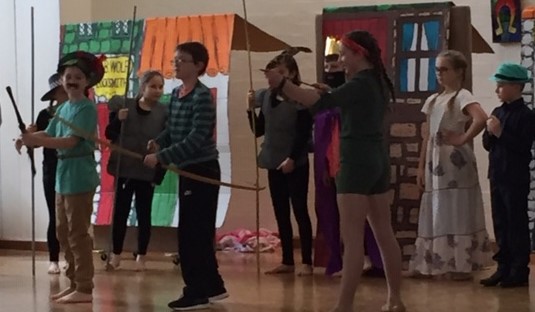 A great story can change the way people think about the world around them. A large part of the learning programme at St Peters Lutheran emphasises changing perspectives and taking action as a critical part of being an active learner.

As a way of telling our stories, the Year 5, 6 and 7 classes in Media Arts, Dance and Drama lessons embarked on a term long challenge to create a Wakakirri for the school community. Wakakirri is a Story Dance Festival where schools create story dances that reflect the student’s thoughts, ideas and aspirations. The Aboriginal word Wakakirri means ‘to dance a story’ according to Wangaaypuwan people from Cobar NSW. This year at St Peters we held an in house version of Wakakirri in the hope that next year we will enter the competition along with many other schools across the country.

The Year 7 students told the story of the ‘The Wall’. Issues that arise in life can create barriers. The wall begins retelling the historical story of the Berlin Wall dividing East and West. As the story dance continues, the wall becomes metaphorical and we see the walls that sometimes exist between friends and family. From these issues that divide and separate, we see restoration as people are willing to forgive and repair damage. The wall concludes with a celebration of unique identity, passion and individuality. 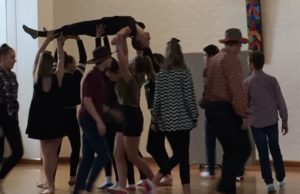 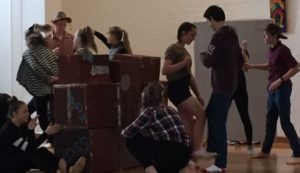 The Year 6s chose to tell the story of Pompeii, an ancient Roman city near modern Naples which  was buried under volcanic ash and pumice in the eruption of Mount Vesuvius in AD 79 and where many of the inhabitants were also buried before they could escape. The story begins in a Roman market place with centurions and village folk buying their weekly wares as the volcano heats up. In a poignant scene the dancers, dressed as ash, swoop over the bodies and cover them in their burial place. After the eruption, the story turns to modern day times and reflects on Pompeii as a tourist destination. As a bit of fun at the end, the students dance to “Come Alive” from The Greatest Showman. 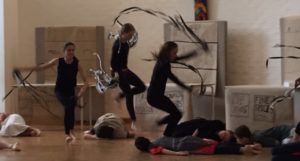 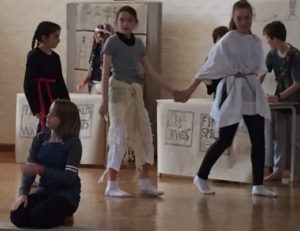 ‘Robin Hood’ was the theme of the Year 5 performance. Stealing from the rich and giving to the poor, a beautiful wedding ceremony conducted to the sounds of Brian Adams’ “Everything I do” and a giant chase scene were highlights from the performance. To conclude a whole cast dance scene to “High high hopes” had everyone joining in and enjoying the grand finale song. 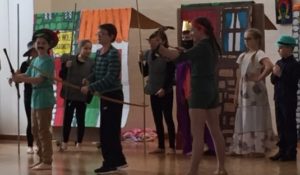 What a fabulous performance! But even more fabulous was the learning that occurred during the process. Creativity, decision making, independence, grit, collaboration and self-management skills were developed and used extensively. What a great opportunity to develop our soft skills! We are already thinking about our story ideas for next year… 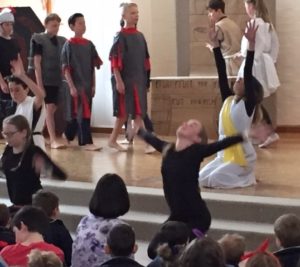 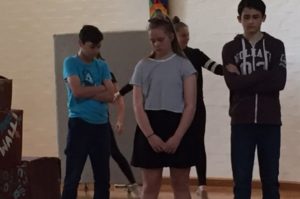 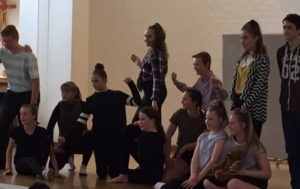 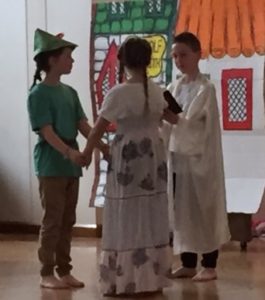