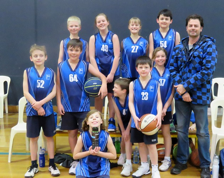 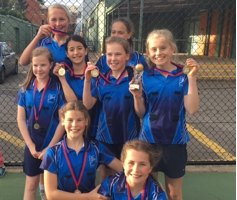 Out of School Hours sport is an important part of the St Peters Culture. Our students have a reputation for the fun loving way they approach games and we are often complimented on our sportsmanship, fairness and respect for the opposing teams. We are very proud of our students and the way they conduct themselves and their achievements.

Primary school sport is not all about winning (although we do like that feeling), the focus is on participation, learning new skills, time with friends and enjoyment. All students are given equal opportunities to participate and to try all the positions in their chosen sport. In this positive environment the children flourish as they are introduced to competition and sport in general. Taking the focus off winning students are able to learn the ups and down of sport without feeling the pressure. They learn to cope with the emotions of winning and losing while feeling safe and supported by the amazing coaches and parents who are the backbone of our sports program. 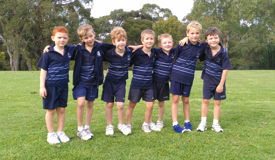 We are always on the lookout for sport opportunities for all age groups, including the Reception to Year 2 age group. This year for the first time we entered Junior Primary basketball teams for students in Year 1 and Year 2. We started out with a small team of 6 and by the end of the year this small team has now grown to 3 teams and a total of 21 students playing basketball under the watchful eye of our 1/2 Basketball Coordinator/Coach.

Basketball has also been popular with the 4/5s this year. We have a regular team playing in the local recreation centre competition under the watchful eye of their coach.

An initiative of the year 6 and 7 students resulted in St Peters fielding its first A Grade cricket team in term 1. Along with the inaugural A Grade team we have also had a Kanga cricket team for Reception to Year 2 students and C Grade teams for Years 3 and 4. This competition is coordinated by SACA and played against other local

Netball is now one of our most popular sports. In 2015/2016 Summer season we had a team in each competition level (Year 2/3, 4/5 and 5/6) at the Unley ‘Sports for All’ centre. With our 5/6 team becoming the Summer Premiers after a 16-2 win in the Grand Final held in April this year. This same team then entered the 6/7 competition for the winter season at Unley. They had a fantastic season ending in a dominant win (17-7) for 3rd place in the finals in September. The other teams (2/3 and 4/5) were entered in to the local primary school competition with the South Australian Junior Netball Assoc. (SAJNA) which does not hold finals.

In 2016, in spite of our small school status, St Peters managed to have over half of our student numbers representing us in the local Out of School Hours Sport competitions. Well done to all who played this year and we look forward to more participants in 2017.

Of course, none of this would be possible without the ongoing support of parents, friends and ex-students. We would like to take this opportunity to acknowledge this support and thank all who give up their time and expertise so students can have the opportunity to play their sport of choice at St Peters.