Lights! Camera! Action! Our whole school musical for 2018 was a wonderful event bringing together the whole community to present a musical with song, dance, humour and excitement! The students were the stars of the show, so this week’s Inside Story is written by one of our musical stars, Theo from Year 6. Over to you Theo! 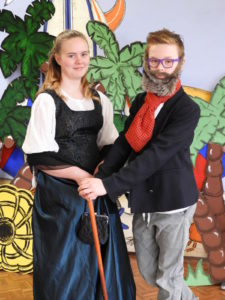 During the preparation weeks before the musical we went through a series of components such as props and costumes to get ready for the upcoming event. We started with audio rehearsals to get the general idea of what each character was like and for the year 7’s to find out which character they would like to be.

After the Year 7’s  had a chosen character, we went onto more audio rehearsals to commit the musical to memory. We recorded one script read through to be able to listen to while reading along with the script at home for practice. Along the way, we added the St Peters touch to the script. During the changing of the script most year 7’s had already memorized their lines and were onto practicing choreography for the set. 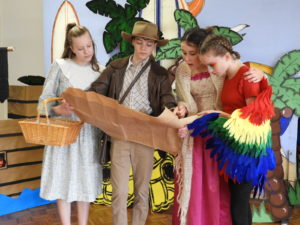 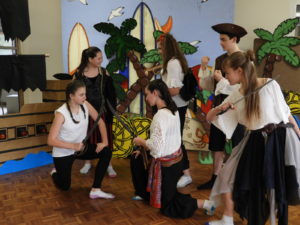 After the songs were chosen and the choreography was set, we had to start getting the costumes, props and allocating understudy roles. Once understudies were practicing their lines and costumes were set the year 6/7’s had to get the props ready. Starting with painting the background scenes and backdrops to the tiny things like the handheld props with small details which we managed to do efficiently with the help from Mr Pearson our art teacher. During the making of the props, classes were practicing the choreography for their dances, mostly lead by the students. 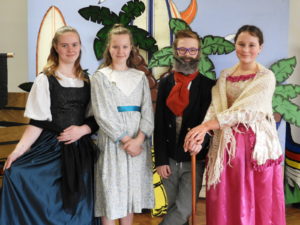 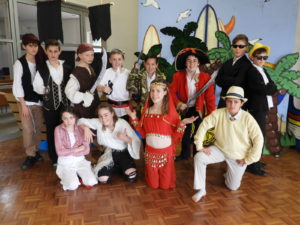 The musical told the story of Dame Shipshape and her daughter Suzy, who ran the ‘Pop Inn’, ever since Dame’s husband disappeared on his last voyage. But, it turns out that he worked for N.U.T.S. (National Undercover Technical Service), and some of the N.U.T.S. AGENTS wanted to get their hands on a mysterious treasure map he left behind. There was  also a parrot called Polly (hence, the musical’s name), who was a pirate’s parrot although the pirates kept threatening to make her into parrot pie! Polly left the pirates, found refuge with Dame Shipshape and proved to be a fantastic cook (trained by Jamie Oliver on his young apprentice parrot scheme). The rest of the play included some pirates, a mayor and some other place called SKELETON CAVE (cue dramatic music), which got mentioned a lot! 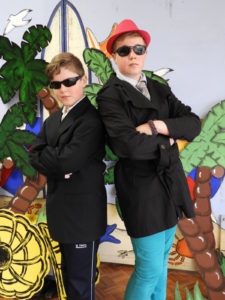 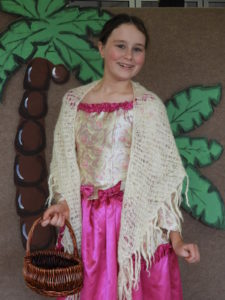 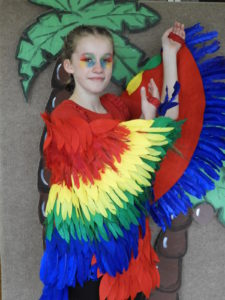 This is what some of the Year 6/7s  had to say about this year’s musical:

Don’t think your character(s) are less important than others. All characters are equally important. –Hanno

I loved the yr 6/7 class dance. It was well choreographed and performed with energy – Olivia

It’s great that we know our characters so well when one of us made a mistake we could cover for the other people on the stage.  – Darcy

I can’t believe the cakes we sold after the performance were so tasty. – Mr E

When you start doing these kinds of things you think you will be really nervous doing it but when you’re out on stage the nerves just go away. – Chelsea

I think everybody worked hard to make this musical the best that it could be. – Stella

Hard work but it was worth it in the end. – Amelie 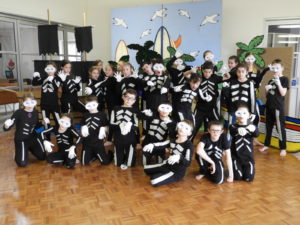 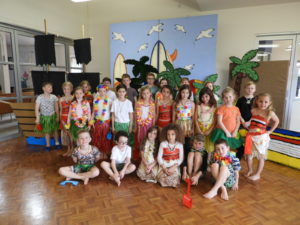 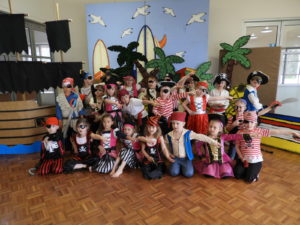 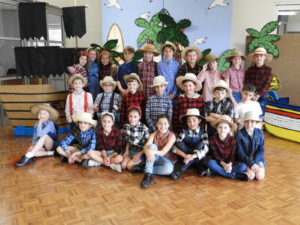 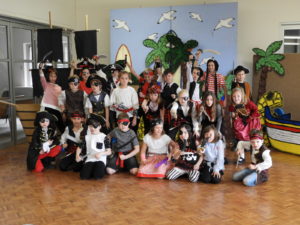