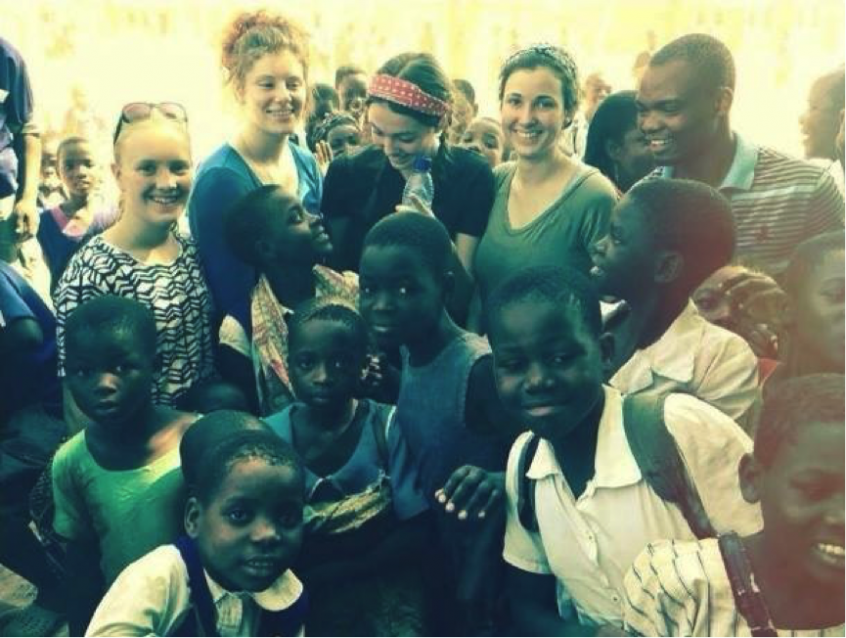 The community of past scholars is growing at St Peters Lutheran. Our first Year 7 students graduated in 1999 and since then St Peters has been adding to the number of accomplished and successful graduates each year. Our past scholars have achieved much since their time here, from sporting success to making a positive impact on our community by sharing their God-given gifts and talents. This Inside Story is dedicated to the stories of some of these amazing individuals. 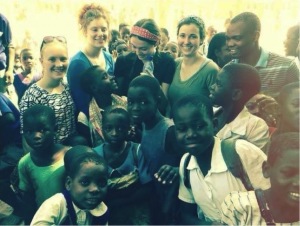 I was at St Peters Lutheran for all of my Primary schooling from Reception until Year 7. My time at St Peters definitely provided me with a strong Christian faith, before I even had an understanding of what faith really was. My faith had its ups and down through high school but after I made a decision to throw myself head first into the deep-end of ministry, I’m in the best place I have ever been. Currently, I’m involved in lots of ministry at Blackwood Hills Baptist Church and have just started a new small group/mentoring session with some of the younger girls. I have always tried to accept all the opportunities that come my way.

Some things I have done since leaving St Peters include- travelling overseas and within Australia to visit World Vision sites, helping out in a soup kitchen and being a United Nations youth representative.

I have achieved meritorious awards for academic excellence in Psychology, Maths, and Scientific Studies whilst at high school as well as being the School Ambassador. I even received an Order of Australia service and citizenship award in 2015!

One of the memories that always comes straight back to me when I think about my time at St Peters is the feeling of anticipation before a school musical. From Reception, lining up on the ramp up to the chapel in an angel costume to Year 7, bouncing around the classroom with my friends trying to get our lines together at the last minute. I still get goose bumps thinking about what awesome fun it was. I remember in Reception, walking up to the Year 7 classroom to ‘borrow’ their readers, my Dad building a house for our measurement study unit in Year 1 and the Scholastic Book Fair being the most exciting time of the year! I can still remember the Indigenous greeting that we welcomed the students with at the start of Whole School Meetings. From the amazing dress-up days during Book Week in the library, the awesome teachers I had, and the adventure it was to cross the road to the oval, I’ll never ever forget my time at St Peters.  – Marielle Intveld 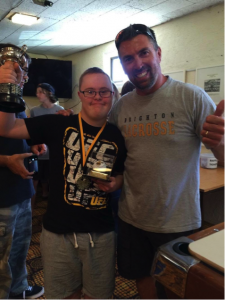 Kieran is now in his 3rd year at Suneden Special School. He has become a real leader within the school and is always helping out classmates and teachers! Kieran has been able to develop greatly in his independence and thrives with the routine and predictability of his school life. Kieran has some great mates at Suneden – his two best friends also both have Down Syndrome and when together, these 3 Musketeers are a real laugh with a strong bond.

Kieran loves his basketball every Monday night and is heavily involved in his brother’s Lacrosse club at Brighton. He is often found in the kitchen, at the BBQ or welcoming new people. Last season Kieran was awarded Junior Clubman of the Year. The first time a non-player has received that title!

Kieran’s dream is to work in a pub and as he grows his true gift of hospitality becomes more defined. We look forward to helping him make his dream come true!

The IB Primary Years Programme has a focus on lifelong learning and service. All students involved in the Programme have the opportunity to show care and compassion towards others and serve others in order to make the world we live in a more peaceful place. We encourage our students to have a love of learning and set them up with the skills and values needed to maintain a life where learning is a part of all they do.