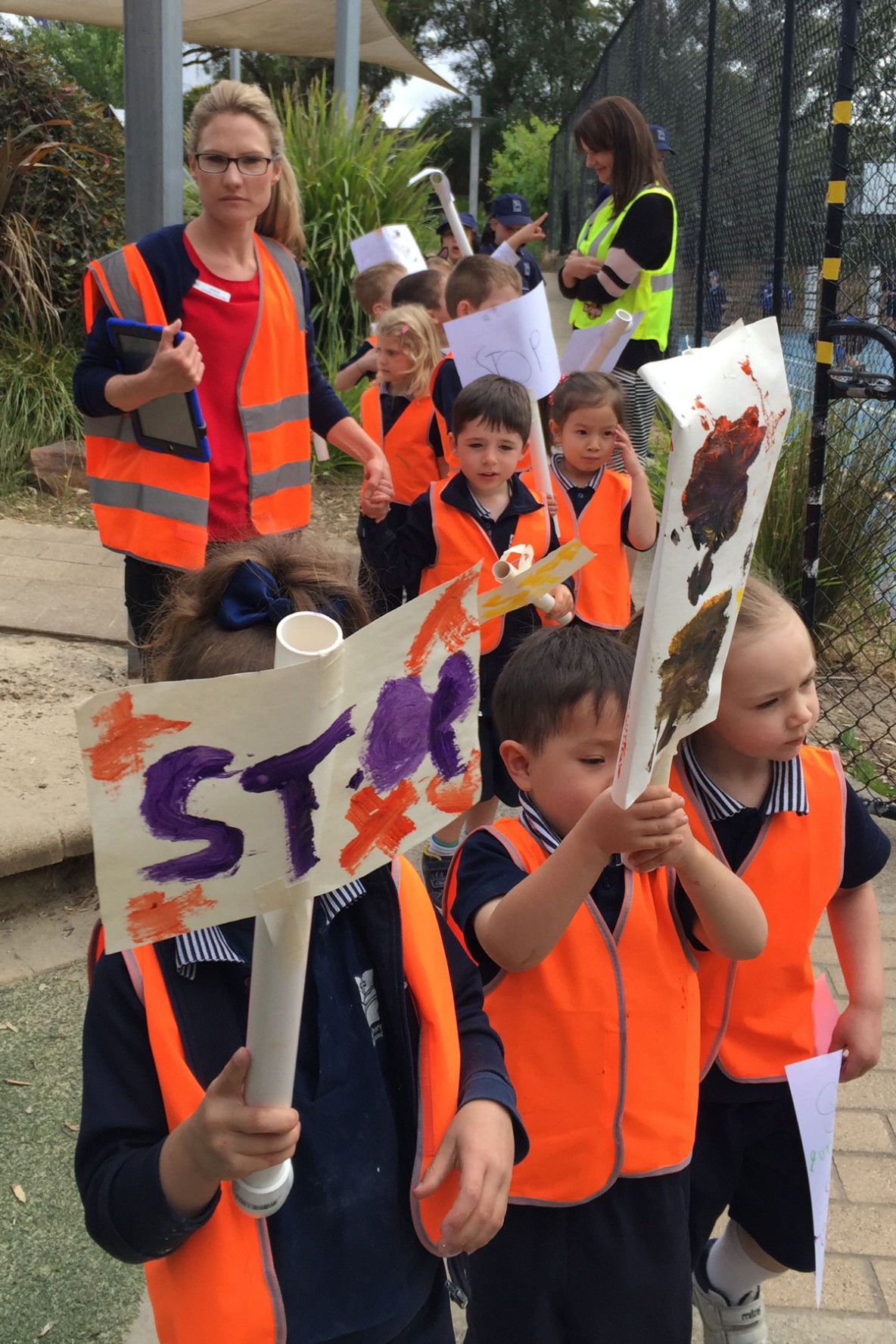 The students of the ELC donned hi-vis vests, placards and their loudest voices in protest against water pollution recently, in response to their discoveries as part of their focus on water and our responsibility towards this precious resource.

“Our water pollution learning story began when we went on a discovery walk around our environment to see how much rubbish we could gather”, said ELC teacher Mrs Karna Stone-Phillips. “We were shocked to have collected two big bags of rubbish. When we talked about the rubbish together we all felt very strongly that this was not good for our world and decided to conduct some research.” 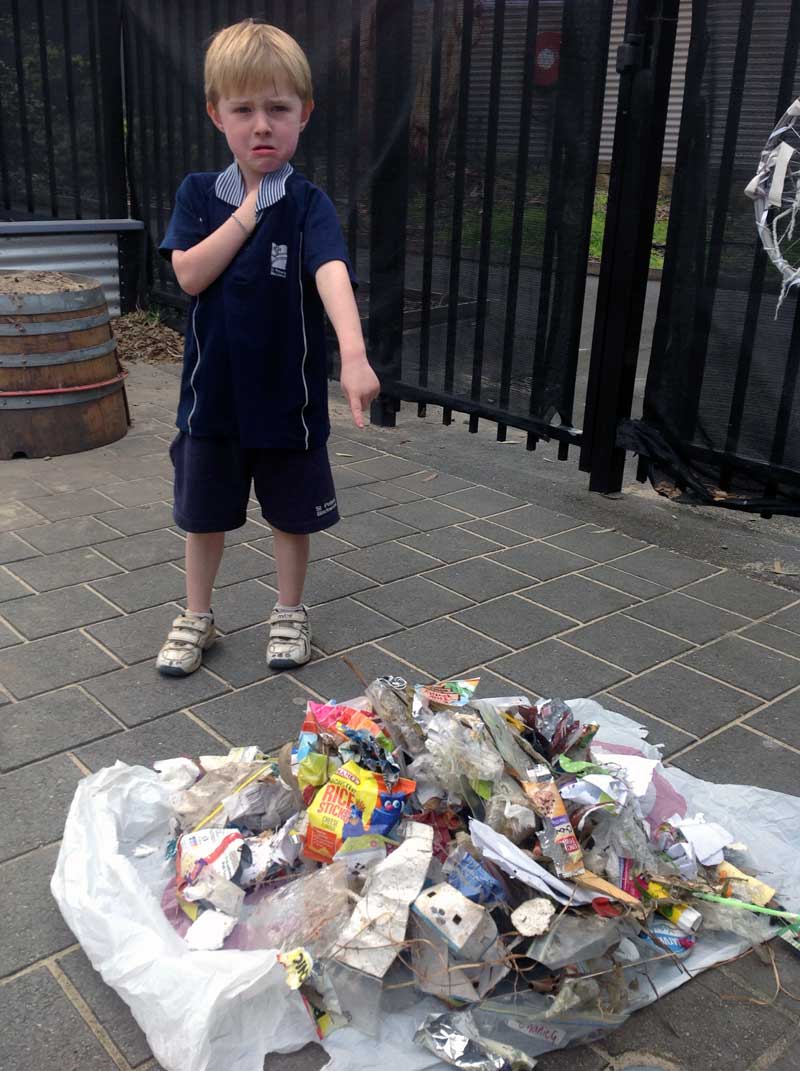 “We began our research by reading lots of picture books about water from around the world”, said Mrs Stone-Phillips. “The children particularly enjoyed a story titled I can save the ocean because it discussed how rubbish can impact water quality. We learned the phrase ‘water pollution’ and discussed what this means. Together, we decided to conduct an experiment to see if water pollution can be undone.”

To conduct the experiment, the children simulated the ocean — by filling a tub with water — and added rubbish and food scraps to it throughout the day. Cooking oil and food dye were also added to represent oil spills. The result: a very murky and polluted ‘ocean’.  Then the children attempted to reverse the pollution by sifting out the rubbish and trying to remove the oil-slick. After many futile attempts, the students came to the conclusion that: NO … water pollution CANNOT be undone! 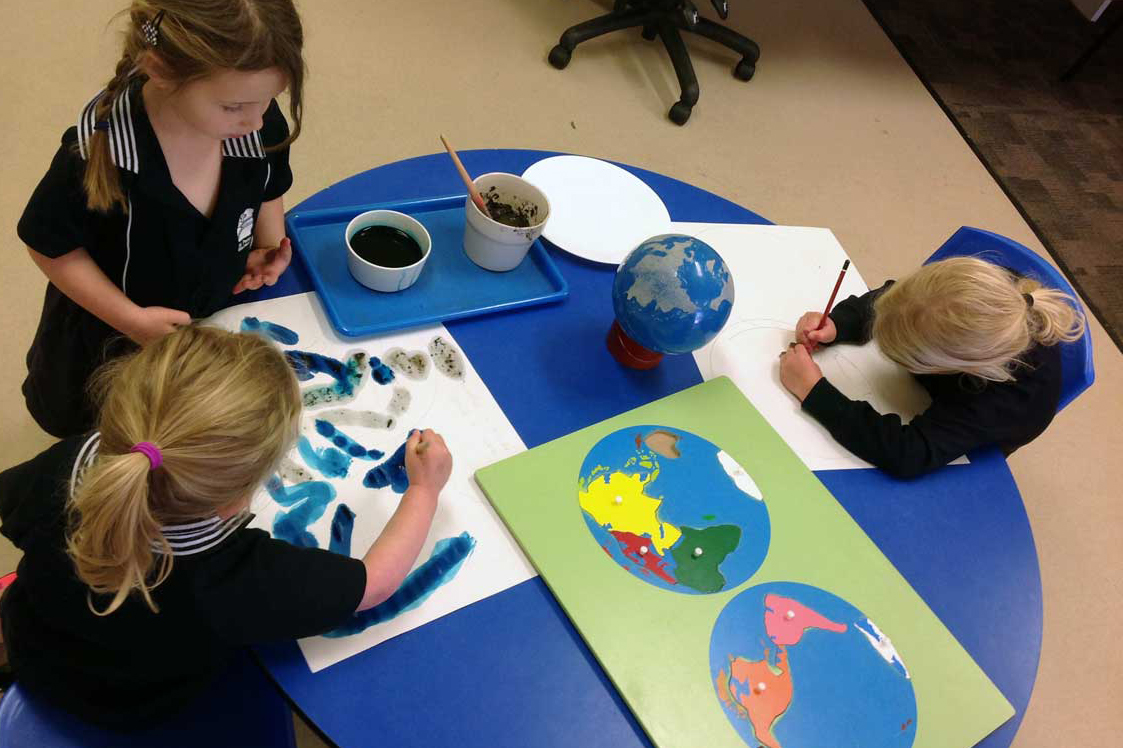 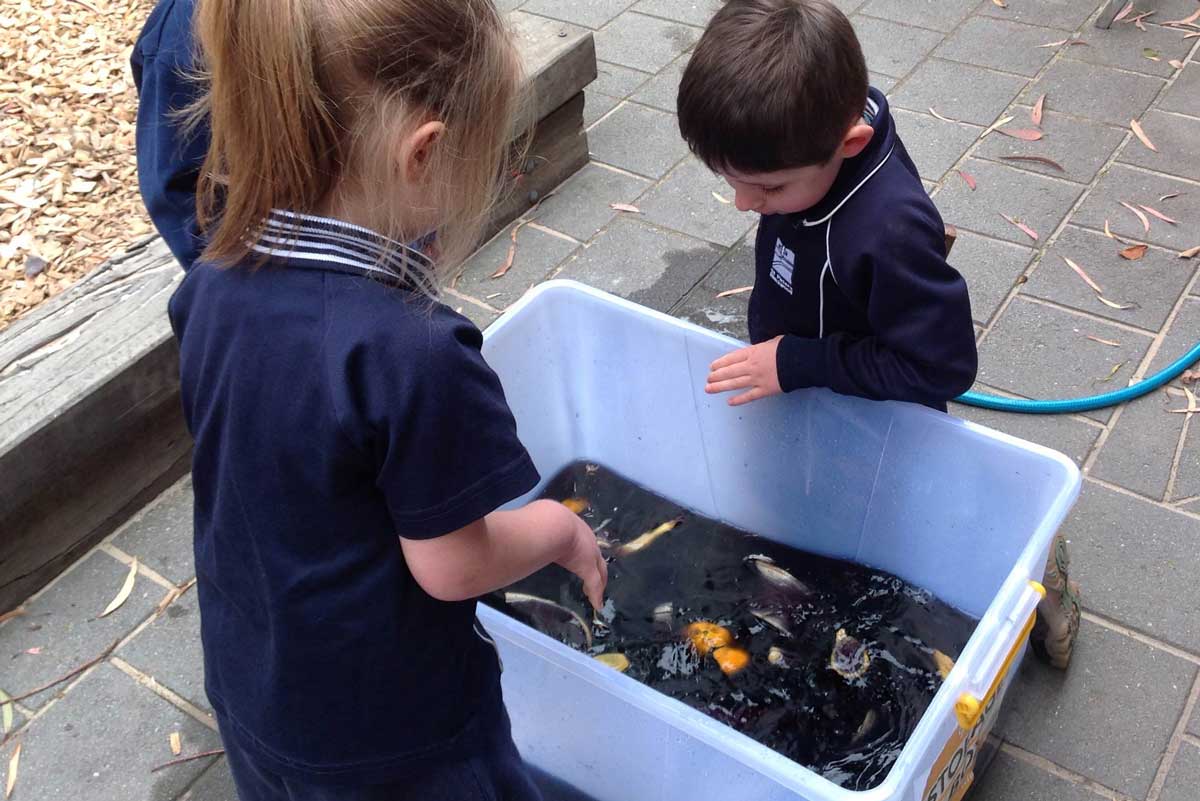 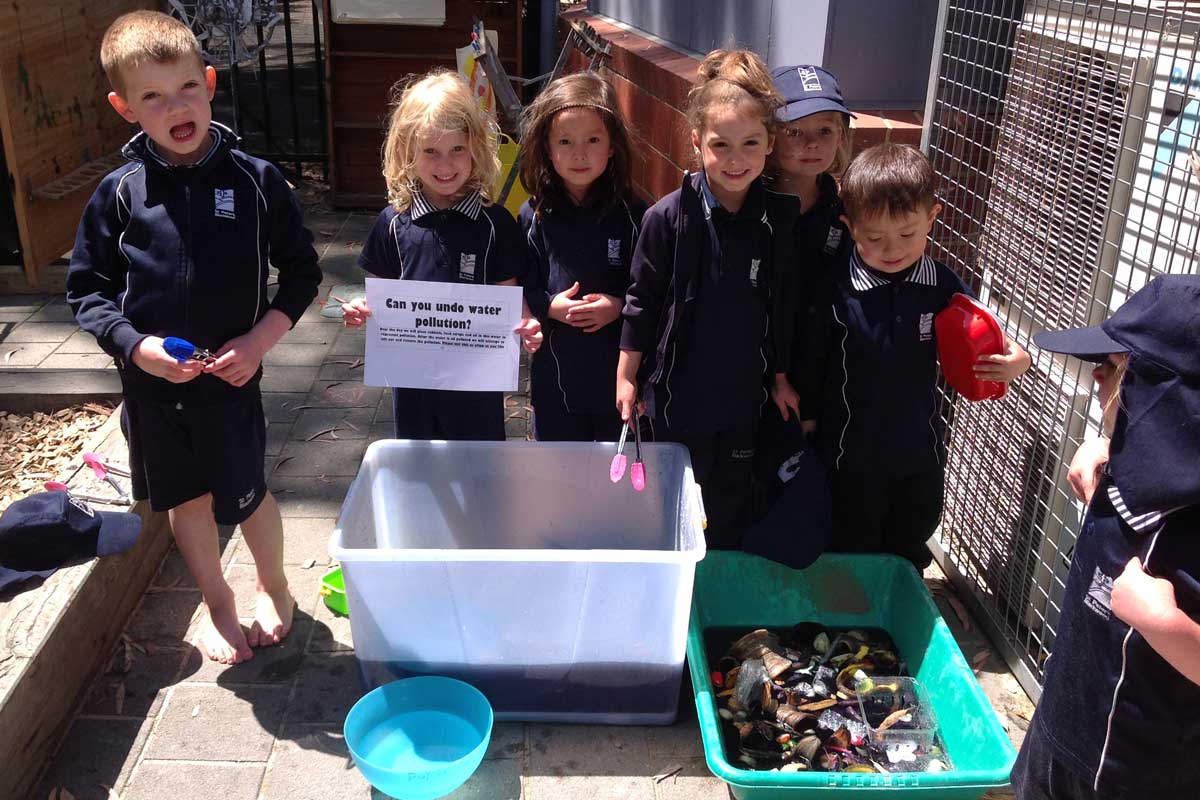 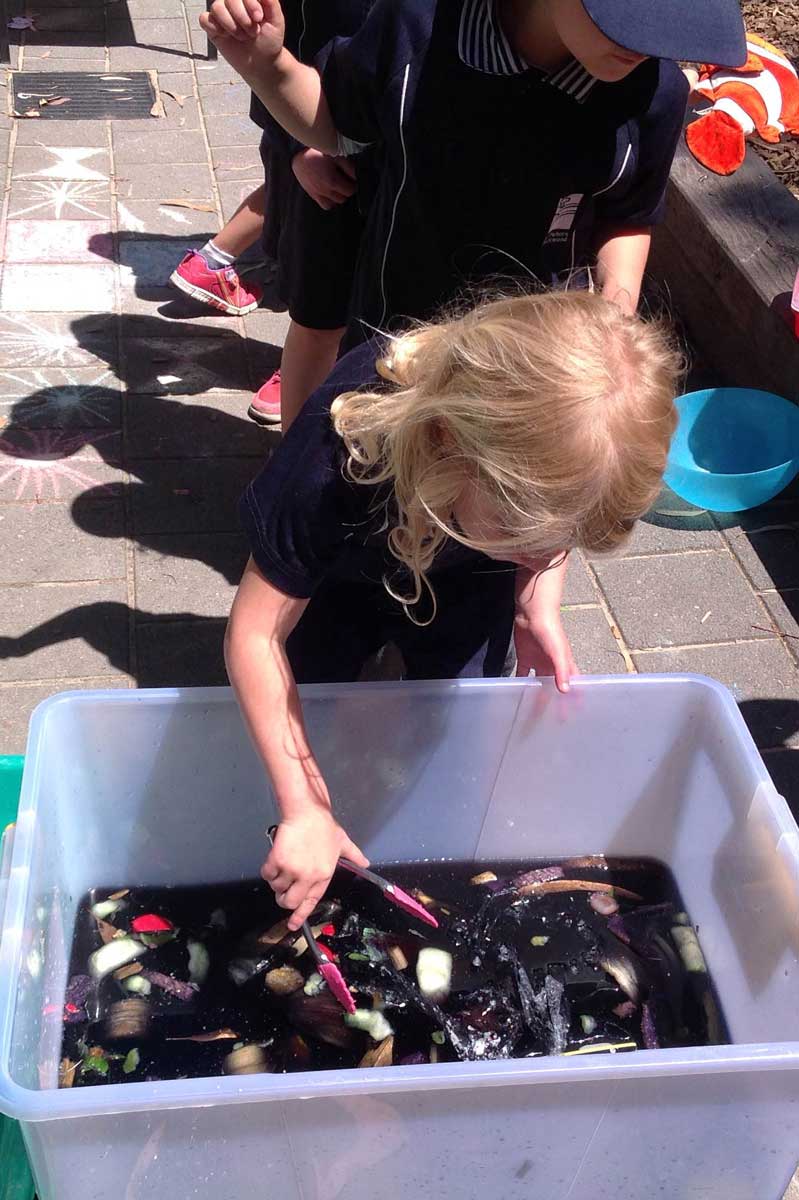 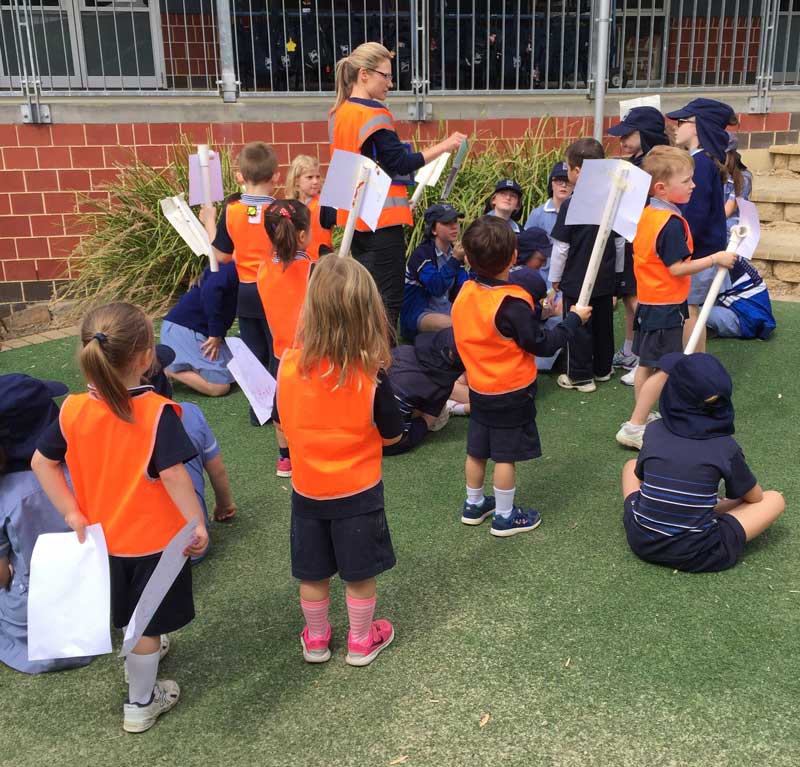 “In light of these findings we thought that it is better to prevent water pollution, because fixing it after it has happened is too hard”, said Mrs Stone-Phillips. But what can a group of 3-5 year-olds do to prevent rubbish ending up in our waterways? “The children discussed it together and decided to ask Mr Rathjen (Principal) for more recycling bins to be placed around our school grounds.” Mrs Stone-Phillips added that they also decided to demonstrate their concern through a protest march.

“We made signs saying ‘stop’ ”, said one student “and wore bright vests and marched at recess”.

“I told them [the ‘big kids’] to stop throwing rubbish on the ground”, said another.

“It certainly made the ‘big kids’ sit up and take notice” said Mrs Stone-Phillips.

It is quite inspiring to see how little children can, with facilitation from their teachers, be actively involved in the course of their education. By leading their own investigations and discussing ideas and outcomes as a group, the children have every opportunity to form their own understanding and delve deeper into the topic as their interest and confidence grows. “The freedom to empower children to drive their own learning is a unique occurrence, exclusive to Early Childhood Education” said ELC Director, Mrs Diana Gaskell. “It is clear to see that the children are really engaged with what they are learning, they form well-rounded understandings and view themselves as capable learners … and they have fun!”